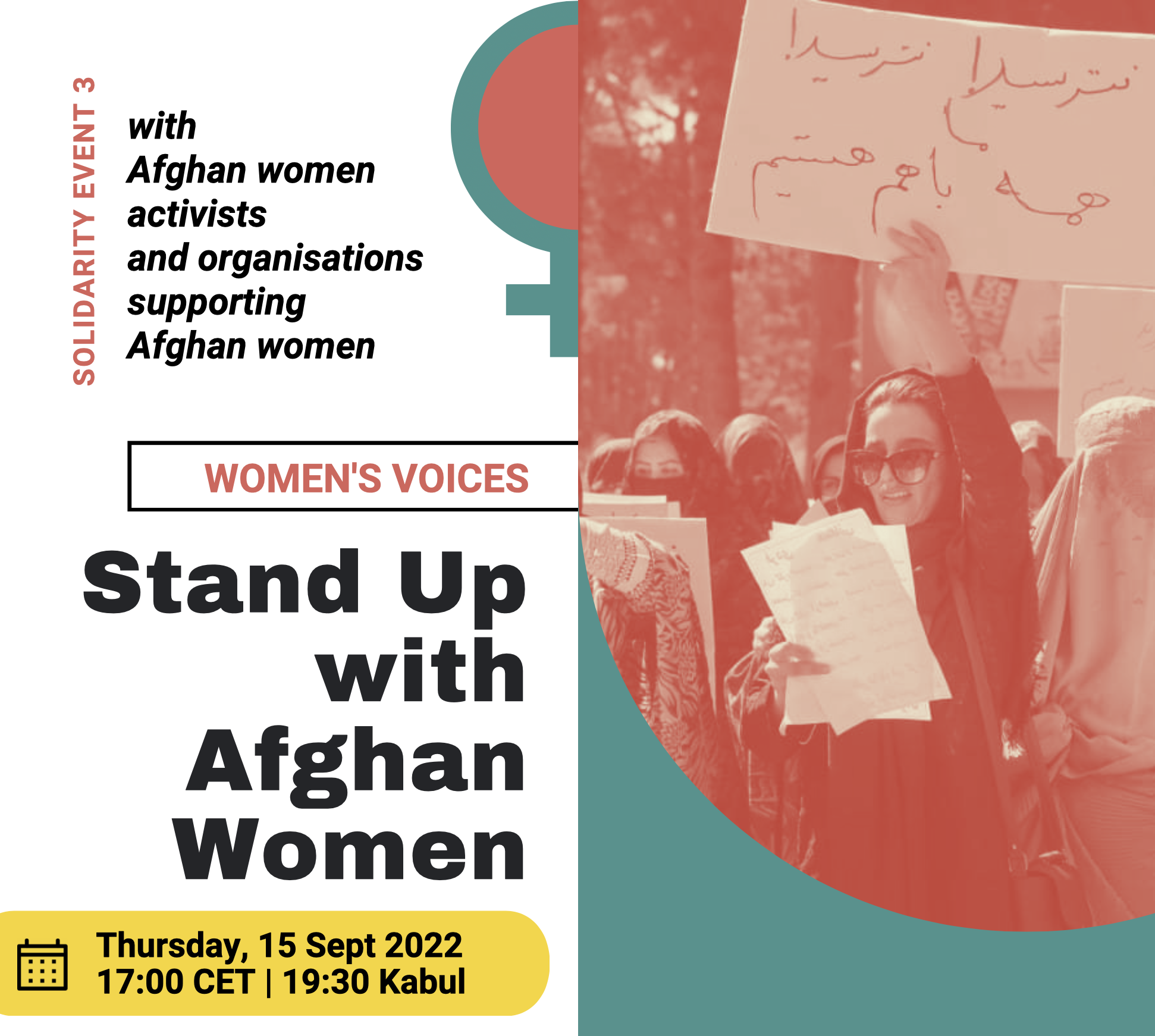 STAND UP WITH AFGHAN WOMEN: INTERNATIONAL EVENT OF SOLIDARITY III

August 2022 marks one years since the Taliban took over Afghanistan making hundred of thousands of women and girls flee the country. Many more still remain in Afghanistan.

While the attention of the international community and policy-makers has shifted away from Afghanistan, the women inside the country have been subjected to more and more restrictions by the new de-facto Taliban government. Despite many promises to not limit the rights of women and girls, the true condition of women's rights in the country has not improved but deteriorated, as it was predicted by women's rights activists.

The third solidarity event on Afghan women, organised by the European Network of Migrant Women together with our members, will host a number of Afghan female activists as well as organisations who have been working to support them inside and outside of Afghanistan.

Speakers to be announced closer to the event