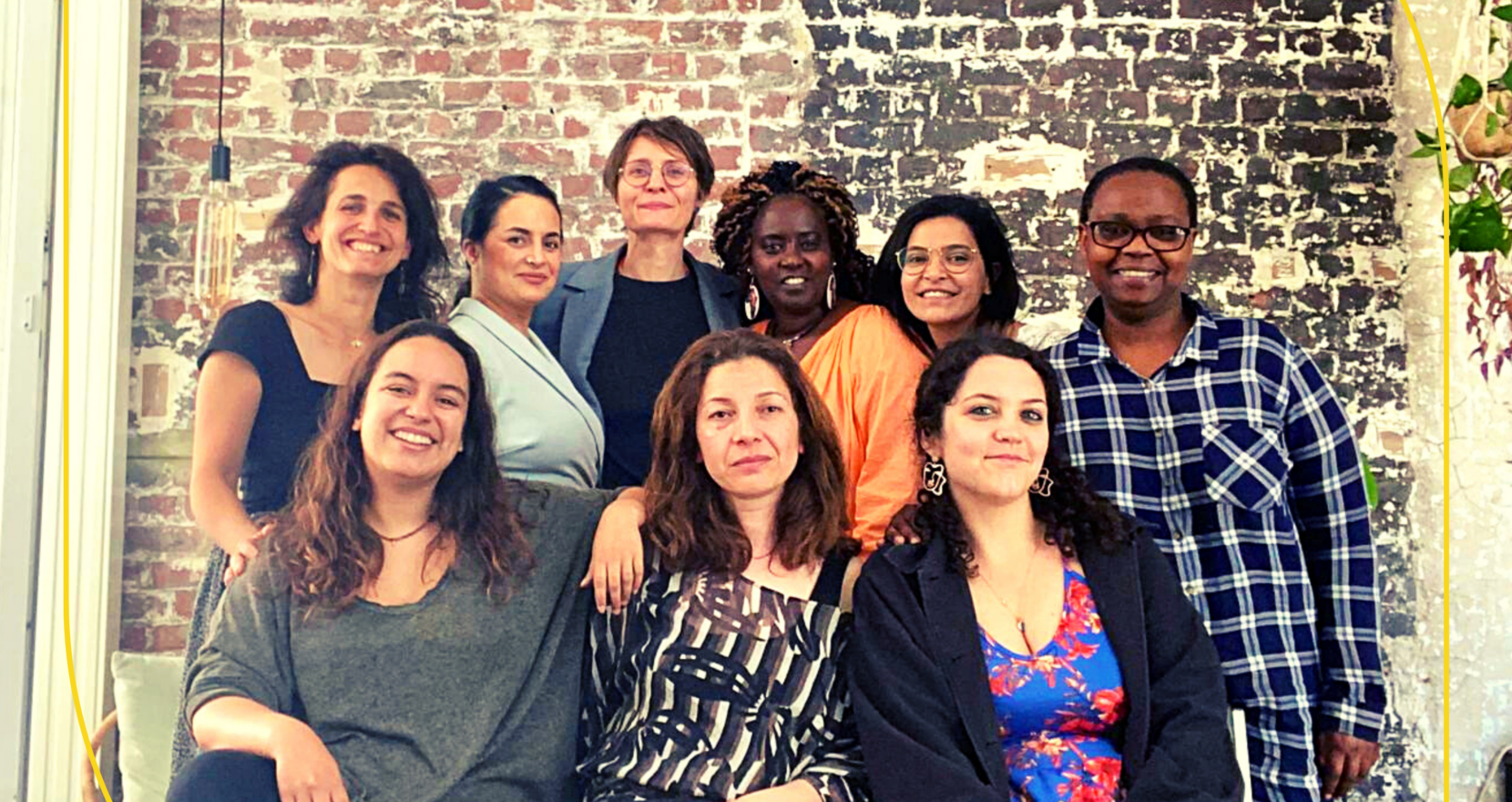 On 14 May 2022 our board met in Brussels to discuss the the ongoing priorities of the network, monitor the work-plan and prepare for the forthcoming General Assembly of ENoMW that will take place in Helsinki in August 2022.

Together with ENoMW's staff the Board reviewed the financial matters in the network, discussed the most urgent political issues that emerged recently with the Russia's invasion of Ukraine, and strategised around the issues of long-term sustainability of the Network. In the current politic crisis highly unfavourable to both women's and migrants' and refugees rights, this meeting was particularly important as we confirmed to ourselves as a network how important our presence is in the others hostile environment.

As the term of several current board members is coming to an end, it was also important to take stock of the past years' actions, achievements and obstacles, and to evaluate the progress of the network under the current leadership, which included a considerable financial and membership growth, the recognition of the Network in several international fora, and increased intra-network collaboration.

Among several important decisions taken by the board were establishment of an Advisory Committee as well as signing of the Declaration on Women's Sex Based Rights.

We are now looking forward to reconvening in Helsinki, together with all our members, at the General Assembly that will take place on 27-18 August, hosted by our very own member organisation MONIKA - Multicultural Women's Association Helsinki !