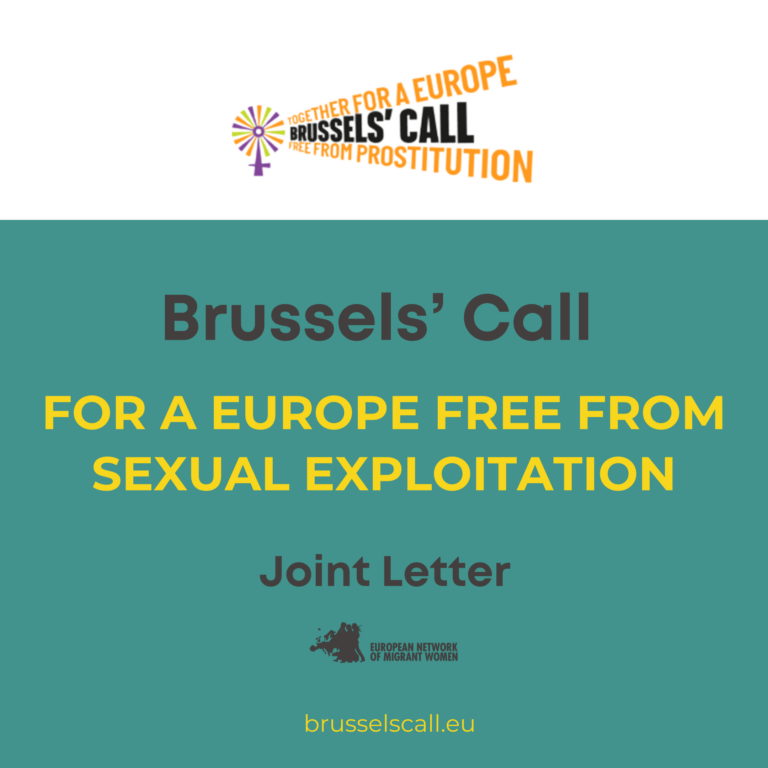 Joint Letter of the Brussels Call - For a Europe Free from Sexual Exploitation : Protect Women and Children from sexual exploitation now and tomorrow [EN|FR|ES|IT|DE]

According to UNHCR, 4 million people have already fled to the European Union and other neighboring countries since the war began in Ukraine on February 24, 2022. Women and children in particular are on the run. They have been through traumatic experiences and are in great fear for their families and the future of their country. These people are particularly vulnerable and need the greatest possible protection. Since the beginning of the war, however, we have also seen that criminals abuse the desperate situation of the refugee women and children for their own benefit. Human traffickers try to trap and mislead women and children during their escape or in the arrival states within the European Union with dubious offers. Girls and women with disabilities are also targets. At the borders, railroad stations and distribution points, there have been recruitment attempts that clearly point to the prostitution milieu. Europol already warned on March 21 that established human trafficking rings will take advantage of the arrival of many potential victims in the border regions of Eastern and Southeastern Europe in order to forward them from there to Western states. This has been a well-known pattern of human trafficking in Europe not only since the Ukrainian flight began.

Atrocities carried out by the Russian Federation armed forces and now documented in Bucha, Irpin and other cities are a demonstration of use of sexual violence as a weapon of war. Women and children, especially girls, are exposed to systematic sexual abuse. The abuse leaves lasting consequences - physical and mental - and therefore puts these refugees in even more vulnerable situation exploited by predators of the sex trade. Furthermore, pregnancies as consequence of sexual violence are becoming another control tool of refugee women, equally exploited by restrictive governments restricting abortion, and sex trade opportunists.

In a time of crisis, the deficits and negligence of the past in the fight against human trafficking and sexual exploitation become clear. Human trafficking can only be effectively combatted if the demand for prostitution in general is reduced. Where the system of prostitution is legalized and legal infrastructure for sexual exploitation is created, the business of women as a commodity flourishes particularly well. We therefore call on the governments of all EU member states and on the European Commission to act now and not allow the most vulnerable in society, refugee women and children, refugees with disabilities, to fall victim to the political negligence of the past. A long-term solution is required to sustainably combat human trafficking and sexual exploitation within the EU. It needs the determined cooperation of all member states.

We demand to harmonize the legislation on human trafficking and prostitution within the EU and to introduce the Equality Model based on the Nordic Model.

→ Criminalize the profiteers of prostitution who profit financially from the suffering of others.

→ Protect the most vulnerable: Set up exit programs to support women who want to get out of prostitution and build up other perspectives. Provide a functioning assistance system for victims of trafficking.

→ End culture of commodification and objectification of women’s bodies.

→ Reduce poverty and social exclusion which force women and children into prostitution.

And as an immediate measure – Do everything possible to protect refugees from Ukraine:

→ Inform them about their rights and the dangers of human trafficking, allow quick access to the regular labor market, and for children to schools, register and screen helpers, especially private offers.

→ Ensure that all public and humanitarian officials who might come in contact with refugees have tools or are trained effectively on being able to identify refugees who are victims or at risk of human trafficking and sexual exploitation.

War in Ukraine and the refugee women’s vulnerability highlights the gaps in national and EU actions and give us the opportunity to do the right thing - recognize sex buyers as perpetrators of violence and act accordingly.

Stand up for a Europe where women, regardless of their nationality, background, disability, age, and educational level, can realize their right to a life free of violence.

The Brussels’ Call – For a Europe free from sexual exploitation

The European Women’s Lobby – Together for a feminist Europe 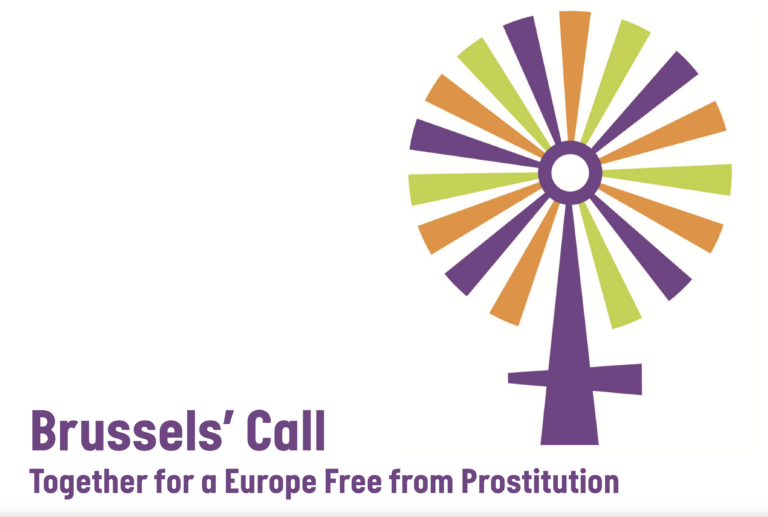 WHAT IS THE BRUSSELS CALL ?

The Brussels’ Call is a collaboration of dozens of Members of the European Parliament and more than 200 civil society organisations, including European Network of Migrant Women, working together to combat violence against women and girls through seeking to end the system of prostitution. Founded in 2012 by the European Women’s Lobby, Foundation Scelles and Movement du Nid, members of the Brussels Call are committed to working at international, European, Member State and local level to achieve the abolition of prostitution while ensuring accountability of procurers and sex buyers and effective supports are provided to those directly affected.

When society and all its citizens come together at local, national and European levels, we can achieve change. We must align with European values of respect for human dignity and human rights, freedom, democracy, equality and the rule of law.

We are seeking the introduction and implementation of the Equality Model in all EU Member States, and by the European Union as a whole – to support all women and girls, towards a Europe Free from Prostitution.


LEARN MORE AND SIGN UP FOR THE BRUSSELS CALL