On 22 March 2022, jointly with our colleagues from the European Women Lawyers Association and Spanish Women’s Lobby, we organised an event, hosted by the Spanish Congress of Deputies, HUMAN RIGHTS OF AFGHAN WOMEN: PRESENT AND FUTURE.

On behalf of the Afghan women of our Network we also presented a gift to the Spanish Parliament, a painting by a young Afghan woman Nigina Aimal, titled “Beauty in Freedom”. Additionally, we presented to the members of the Spanish parliament a letter collectively written by a group of Afghan women, addressed to the women fleeing the Russian invasion of their country. 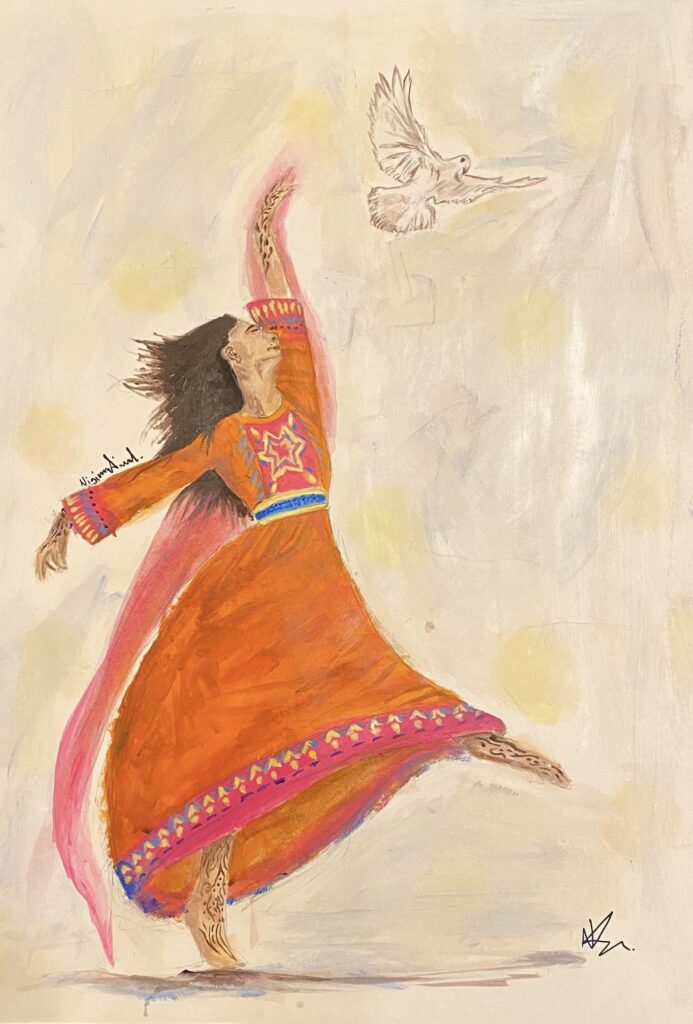 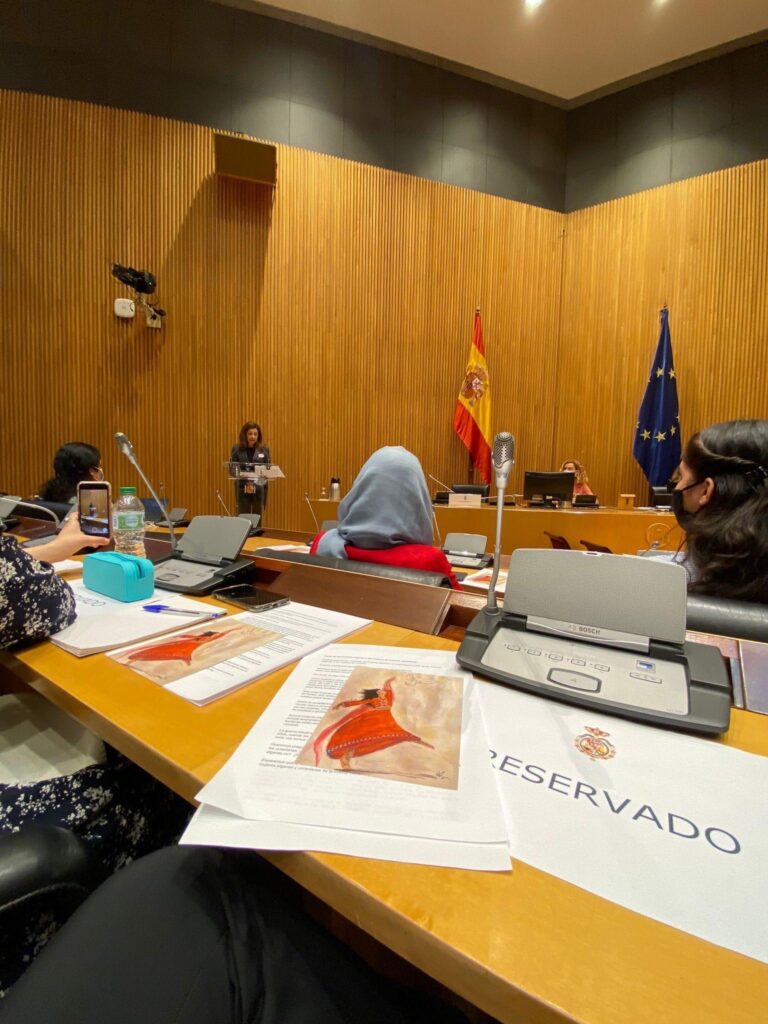 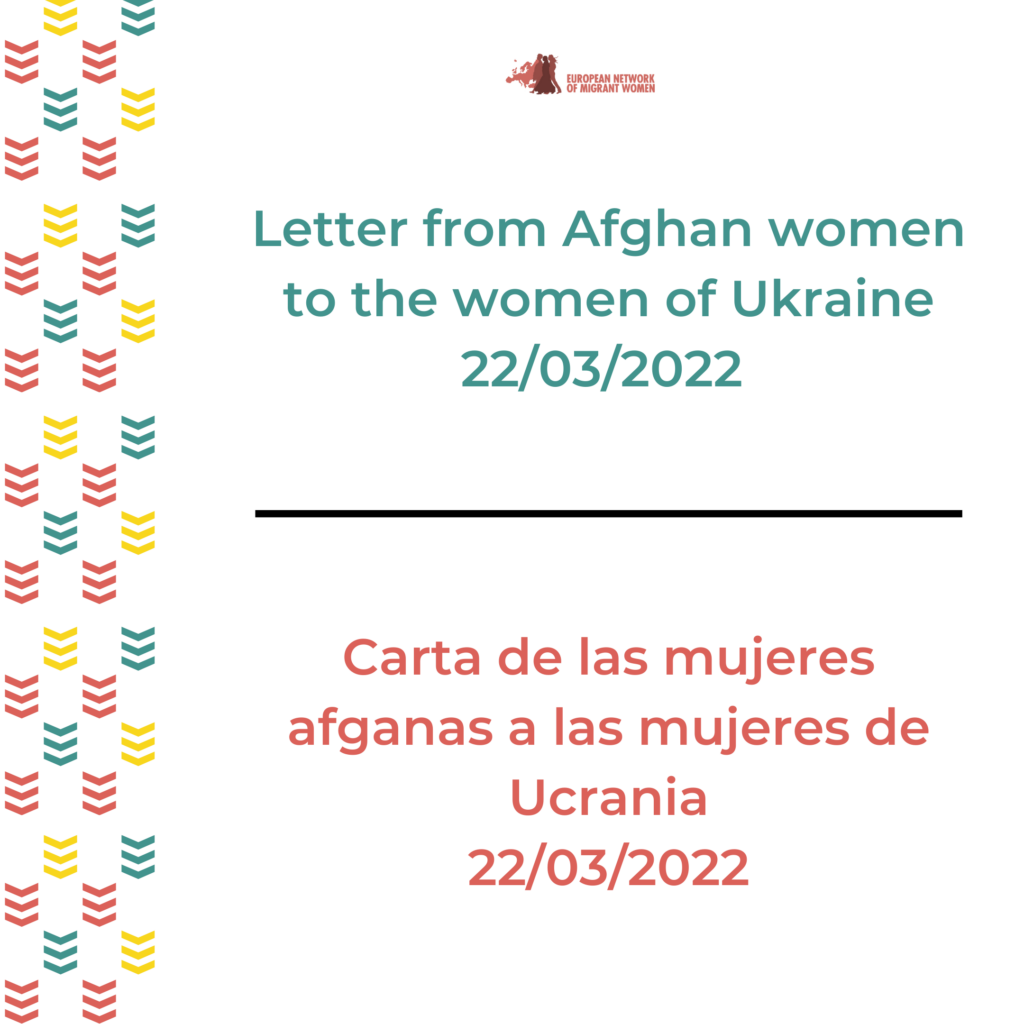 During the event, the speakers highlighted the unacceptable treatment of women and girls by the Taliban including their denial of basic human rights such as access to education, work and free movement. It was emphasised that many professional and activist women in Afghanistan remain under a great risk and are in hiding since August 2021. Violence against women is rising rapidly: women are being persecuted in the name of tradition and religion, including corporal punishment and torture, while young girls are being sold into slavery by the families facing poverty and starvation.

The speakers pleaded to the Spanish government to continue issuing visas/travel permissions to Afghan women and children at risk, including those who had already received the Spanish Certificates in August but were unable to travel to Spain. Many of them are stranded in the third countries such as Pakistan, Iran, Emirates (Abu Dhabi), as well as inside Afghanistan. Concerning the Afghan women and children who have been or are in the process of being resettled in Spain, the European Network of Migrant Women and the Spanish Women’s Lobby urged the Spanish government to exercise the fair treatment of all refugees regardless of their ethnic origin or religion, and, to review and harmonise its integration policies with the EU and International human rights law and to uphold its commitment to the fundamental rights: to privacy & family life, freedom of movement, right to a life free from all kinds of violence. 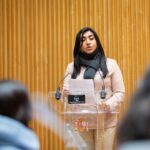 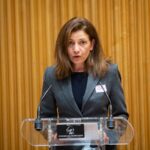 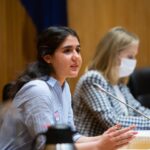 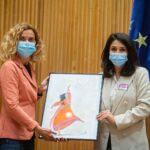 Gift presented to the parliament

Watch the full video of the Conference