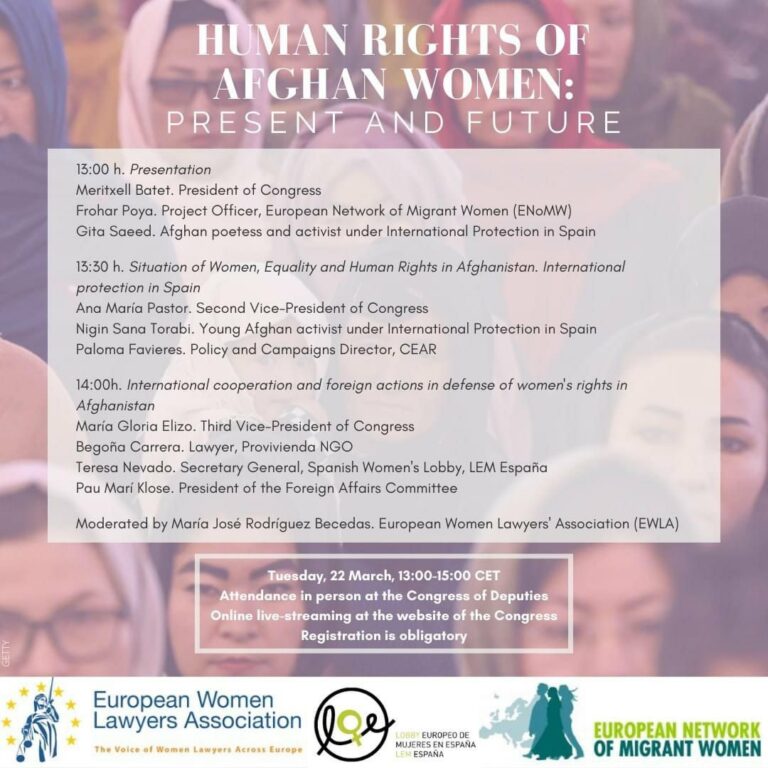 STAND UP FOR AGHAN WOMEN: INTERNATIONAL EVENT OF SOLIDARITY

The event, organised by the European Network of Migrant Women (ENoMW), jointly with the European Women's Lawyers Association (EWLA) and Spanish Women's Lobby (LEM Espana), will bring together Afghan women activists, representatives of the Spanish congress, and civil society organisatios, to discuss the current situation of human rights of Afghan women - those still trapped in Afghanistan, those in transit countries and those who have been resettled in Europe, in particular in Spain.

Registration for the event is obligatory
Entrance to the Congress (room Ernest Lluch ) is via calle Cedaceros
The event will be in Spanish and it will be live-streamed at the website of the Spanish Congress: https://bit.ly/3i4dqtj