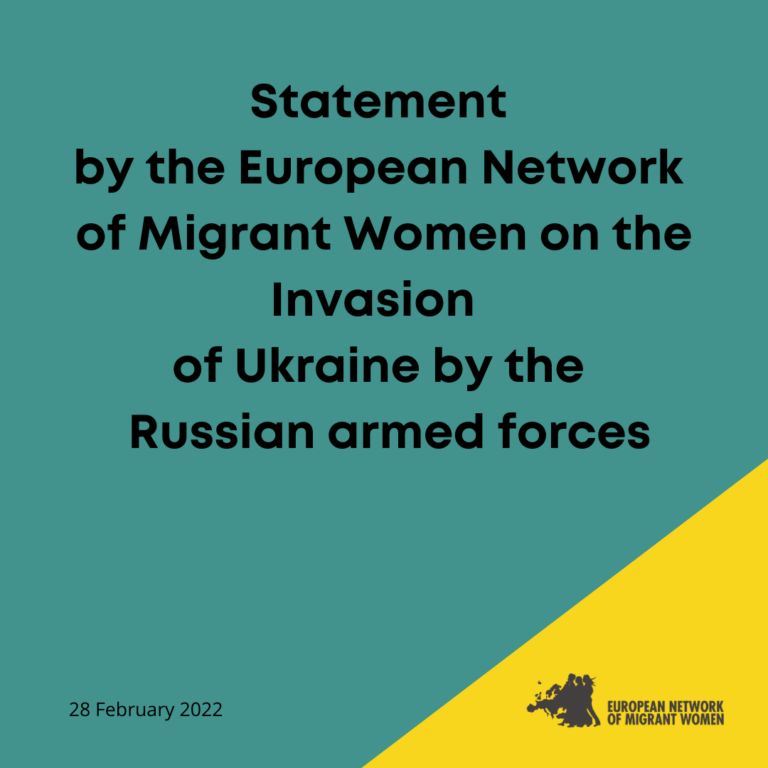 On the 24th of February 2022, the world woke up to the shocking news of Putin’s invasion of Ukraine. After eight years of conflict in the Donetsk and Luhansk regions, around 3 million people were already in a catastrophic situation, struggling to get access to their basic needs, living in fear and uncertainty. The COVID19 pandemic added to this chaos, and now, invasion and war have made their situation even more desperate. According to the UNHCR, over 368,000 people, mostly women and girls, are on the move.

We know that in war and conflict, civilians, especially women and girls, are at direct risk and pay the high price: they will be raped and trafficked as, during the war, sexual violence is a systematic way of showing and gaining power. During the last major armed conflicts in Europe (the Yugoslav Wars), we witnessed widespread sexual violence and abuse of women. We have every reason to think the situation in Ukraine will not be different.

As the armed conflict intensifies, the number of asylum-seeking women will continue to increase. So will their trafficking and exploitation as the increasing numbers of prostituted Ukrainian women in Europe tell us. Already, tag words like “Ukraine” and “Ukrainian girls” are trending on pornography websites, and we see buyers of women in prostitution celebrating war in Ukraine because it will drive more women and girls towards this violent system.

As the Ukrainian economy is eroding under war, it is uncertain what will happen to the pregnant Ukrainian women giving birth to babies for wealthy foreign couples under surrogacy contracts. Many of these women already have children and cannot flee the country, but even if they could, moving abroad would invalidate their surrogacy contracts. A Kyiv-based surrogacy company has already sequestered their surrogate mothers and their newborn babies to a bomb shelter while continuing to shill the commodification of women’s bodies online with images that state “Make Babies Not War.”

Meanwhile, other women have been asked to leave the country to carry the pregnancy to term elsewhere. Whatever the situation, these women are deprived of freedom of movement – one of the most important individual freedoms in the context of war, where saving one’s life can literally depend on one’s location.

Meanwhile, Foreign officials expressed concern about the buyers of babies through surrogacy, however there has been no concern about Ukrainian women exploited in this industry and the impossible choices they are currently facing.

Ukrainian migrant and asylum-seeking women will continue to be targeted by traffickers and exploiters as the number of prostituted Ukrainian women in Europe rises and rises. Women in Russia protesting the use of force by their own government will be imprisoned while the many men in power will continue to engage in belligerent decisions.

The world is watching now and holding its breath. The media worldwide is speaking of war, economic and military actions, weapons, and geopolitical impact. Journalists speak about finance and market crashes, money, territory, and power. What they are not speaking about, or not enough, are the women and girls going through pain, suffering, violence and heartbreak. We have a duty not to forget about them: women everywhere are the first sacrificed when a crisis hits.