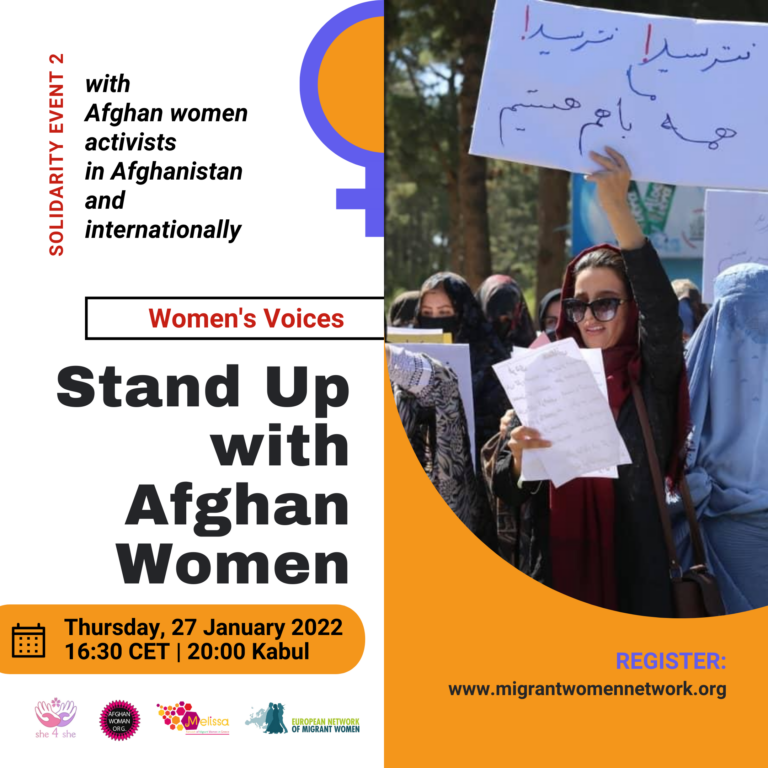 STAND UP WITH AFGHAN WOMEN: SECOND INTERNATIONAL EVENT OF SOLIDARITY

In August 2021, following the take over of Afghanistan by the Taliban, European Network of Migrant Women organised an international solidarity event in which we committed to not forgetting about the women of Afghanistan, those still remaining in the country and those who have fled. Now, six months later, we are organising another public international event, jointly with our members who actively support and/or led by the Afghan women refugees in Europe. .

Join us on 27 January at 16:30 Brussels / 20:00 Kabul time to hear from Afghan women in Afghanistan and internationally about how the situation has changed for women and girls since August 2021, what the role of international community and policy-makers have been and what actions the Afghan women refugees are taking.

The event will have Dari-English live interpretation