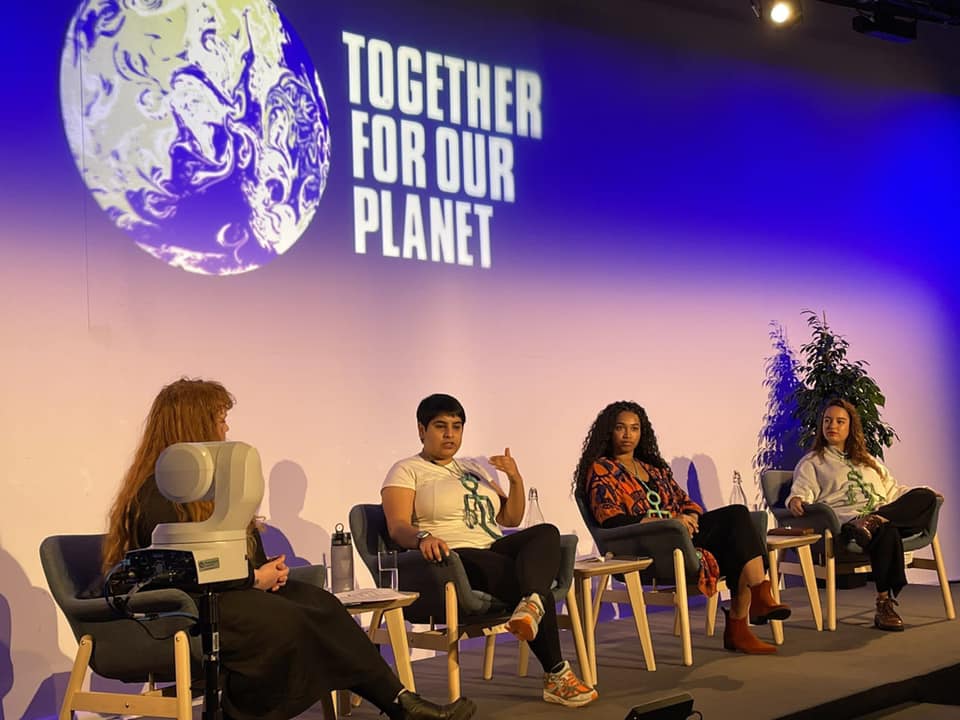 RADICAL GIRLSSS AT COP26: The Political Participation of Young Migrant Women in the Pursuit of Climate Justice

On 8 November 2021, ENOMW's young women's group Radical Girlsss presented at the 26th UN Climate Change Conference of the Parties (COP26). In their panel they addressed such questions as why young female migrants' voices matter in the pursuit of climate resilience and adaptation? How can we encourage migrant women’s political participation and leadership? What tools are available for migrant women to meaningfully address broader frameworks of injustice in the struggle for climate justice? 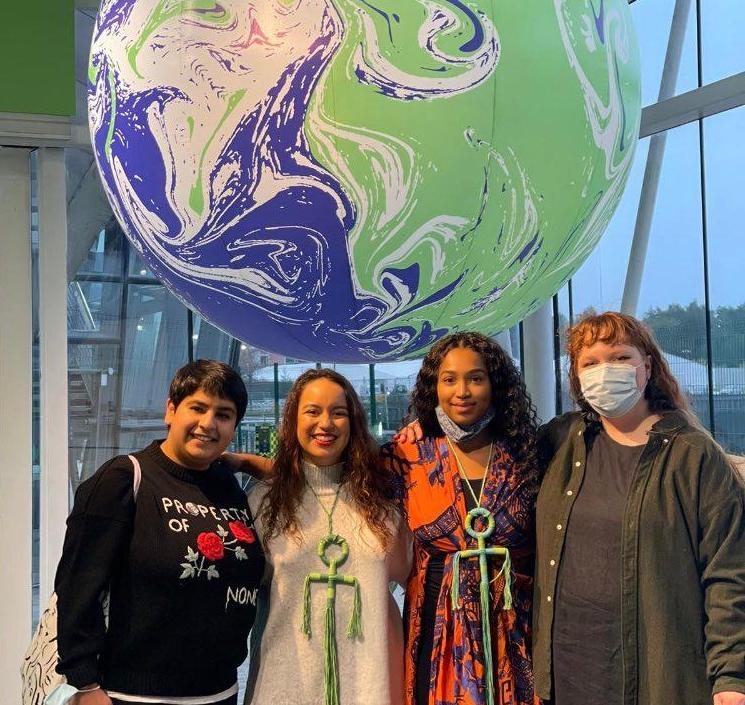 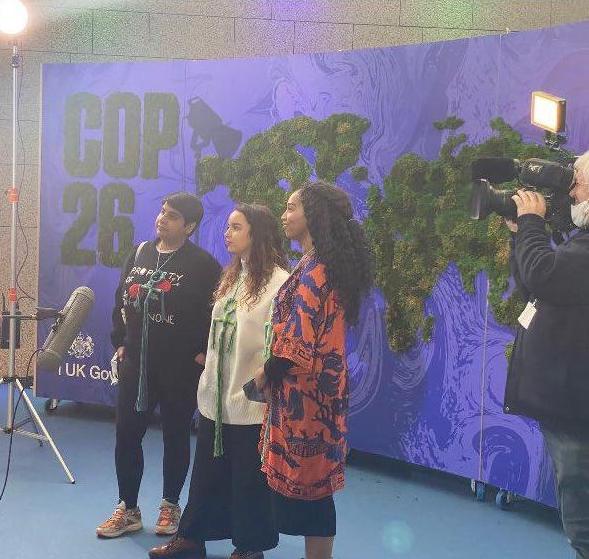 "Today four of our members spoke at COP26 in Glasgow about the meaningful participation of young migrant women in the pursuit of climate justice.

You may think the all-male UK leadership team of COP26 would be interested in hearing from some of the most affected by the global climate catastrophe: migrant women.

But we invited ourselves to speak at COP26, we made our voices heard despite not being at the decision-making tables, and we made demands for more research, accountability and commitment to prioritising women’s knowledge around the world.

Climate change will never be addressed unless the global leadership acknowledges it as a human rights crisis. Climate justice will never happen when the most vulnerable communities continue to be exploited by the economic West.

While we applaud the work of the staff and workers for doing the necessary labour of keeping the event running, we are deeply sceptical of what meaningful outcomes will arise out of COP26.

Greta Thunberg is right when she says that COP26 once again is a PR exercise. To us, it felt like a science fair where businesses and sponsors are allowed to greenwash their profit-making aims without addressing systemic injustice, especially against women.

The exclusivity of hiding decision-makers behind closed doors was felt throughout the conference, most starkly represented by the divide of the historic River Clyde. On one side there are government ministers, most of whom are men, talking behind closed doors. On the other side there is the public, though only barely, as local Glasgow residents and workers feel the brunt of the disruption caused by COP26.

We’re proud to have expressed the truth today and challenged the fundamental idea that value in society arises out of economic growth. We believe value must be measured by well-being and centre around the sustenance and flourishing of women globally.

We hope the leaders on the other side of the Clyde are listening and have the courage and the creativity to think differently about how to rejuvenate their worldview and to protect the planet and its people.

Because when migrant women flourish and succeed, everyone benefits."