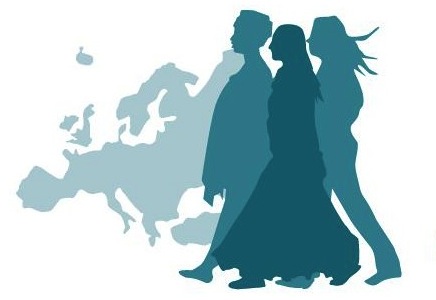 The European Network of Migrant Women gathers over 50 grassroots and advocacy organisations working on the ground with migrant women all across Europe. From their experiences and our analysis and expertise, we know that women and girls are disproportionately at risk of becoming victims of human trafficking, especially for the purposes of sexual exploitation in prostitution. They are also at high risk of being trafficked for the purposes of forced marriage, sexual and labour exploitation in marriage, and reproductive exploitation in surrogacy and egg harvesting, trafficking for exploitation in domestic work, domestic servitude, agriculture, hotel industry and forced criminality. Overall, over 70% of victims of trafficking are women and girls, therefore it is crucial that the Anti-Trafficking Directive focuses specifically on them in its spirit, text, implementation and resource allocation.

European Network of Migrant Women considers the Anti-Trafficking Directive one of the key instruments in protecting women and girls, and more specifically migrant and refugee women and girls, against male violence in the European Union. An approach paying specific attention to the needs and specificties of women and girls as a stand alone group is absolutely needed to efficiently prevent and combat human trafficking. Today, the Anti-Trafficking Directive does focus on this aspect which has enabled the European Union to take meaningful actions to tackle the issue. This is why the European Network of Migrant Women is worried about the idea of re-opening the Directive, which can lead to weakening it, instead of creating a new complementary legal instrument that would strengthen the Directive as a whole. In case the Directive is opened for amendments, in order to harmonise it with such forthcoming instruments as the Directive to prevent and combat violence against women and girls, we believe that the discussion should be limited to a definite number of amendments.

Specifically, we suggest to amend paragraph 26 of the Directive, to ensure as minimum requirement that Member States should actively criminalise the purchase of sexual acts from victims of trafficking. Prostitution is one of the main reasons why women and girls are trafficked, and targetting the demand is one of the most efficient ways to tackle this extreme form of violence against women and girls. Furthermore, as the European Commission's own report demonstrated(1), the requirement by which the buyer of a sexual act should know that they are buying a victim of trafficking to be prosecuted makes the above minimum standard almost impossible to achieve in practice.

In addition, the Anti-Trafficking Directive should be amended to effectively target online platforms that are more and more used to promote prostitution and its filmed form pornography, enabling sexual exploitation and violence against victims of sex-trafficking, who are for the most part migrant women and girls. To fight against this modern manifestations of violence against women and girls, the Directive should call for the criminalisation of third parties such as the aforementioned platforms and websites. In this respect we invite the European Commission to consult the testimonies of the migrant women and women from the Global South, in which our Network participated and where grassroots organisations presented evidence of how girls and women in most vulnerable conditions are groomed and coerced into online sexual exploitation, with an increasing speed, globally (2). In 2021, our network, along with NGOs from the Global South also submitted a brief on this subject that elaborate the plight of the women at high risk of being exploited through online platforms and technologies(3).