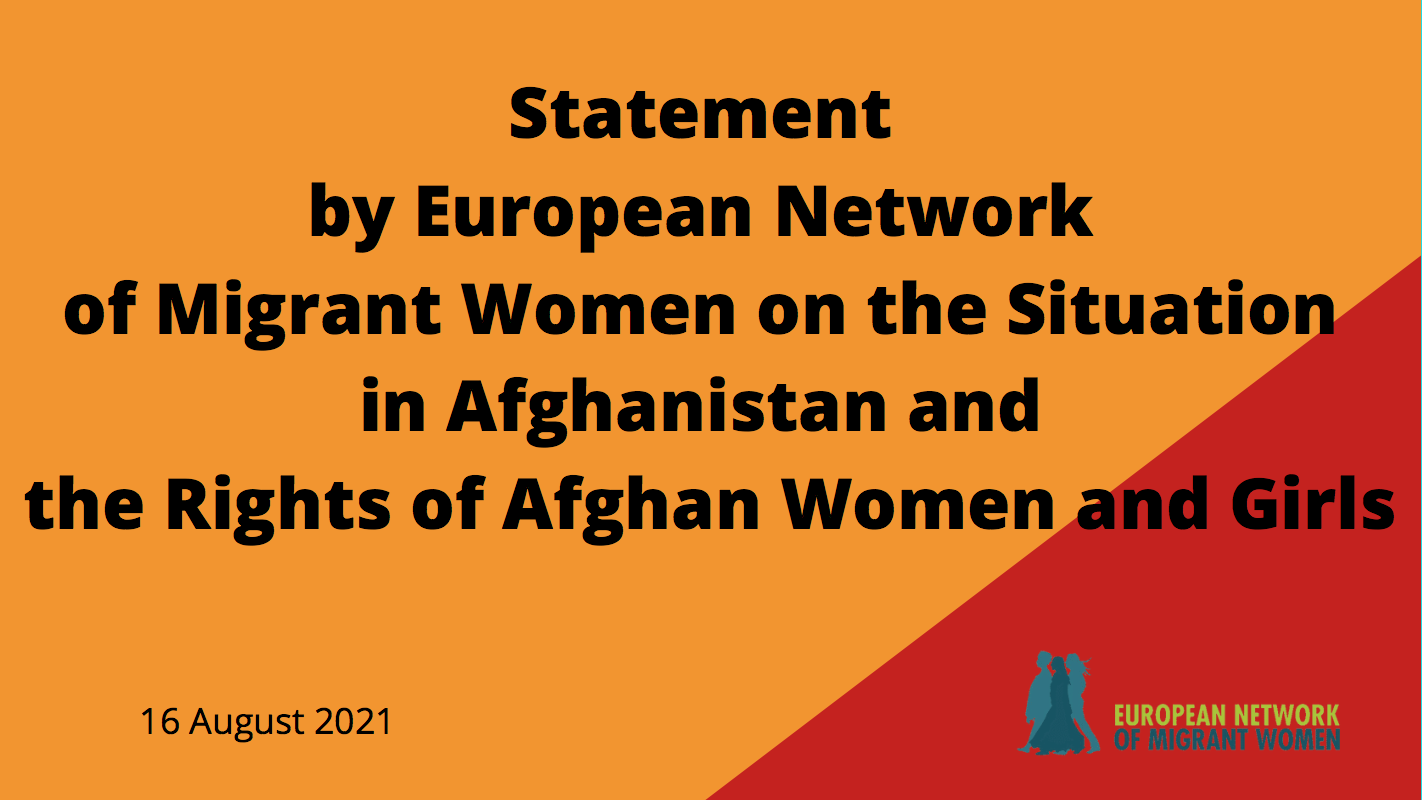 At 16:30 Central European Time on 28 August - the global day of protest in support of Afghan people, European Network of Migrant Women is organising an international online event STAND UP FOR AFGHAN WOMEN

Afghanistan: Why is the World Silent ?

As the US-NATO withdrawal from Afghanistan is brought to a conclusion, the Taliban and their associates have completed their rapid takeover of most administrative centres, provincial capitals, and the capital of Afghanistan. With this, the Taliban forces are eliminating the progress, however frail, made in the last twenty years and turning the country into a Da’esh controlled twin, where the very thought of human rights is a punishable office. The scale and the timing of this attack has been unprecedented and cannot be described as anything but an invasion. Twenty groups — including Al-Qaida and Islamic State of Iraq and the Levant (ISIL/ Da’esh) — are fighting alongside the Taliban against the Afghan people.

Those who will pay the highest price for the brutal attack will be - and already are - women and girls.

Afghan women - both within and outside of Afghanistan - know this price too well. The entire world knew it, when in May 2020, a maternity hospital was attacked in Afghanistan leaving 16 mothers dead. The entire world knew it, when in May 2021, a school was bombed resulting in the deaths of 90 girls, and the injury of many more . So, why did the world watch in silence as the Taliban troops entered Kabul - the capital of Afghanistan and the last refuge to where thousands of its citizens had already fled searching for salvation from the brutal regime they have no part in, nor wish to be enslaved to.

The strategy of the Taliban and its accomplices should leave no one in doubt: they are here to enslave women and girls and to kill those who dare to resist this enslavement. Since their take over the capital Kabul the Taliban have issued media statements claiming that everyone is safe and will not be harmed , but for the people of Afghanistan who have had experience with them in years 1996-2001, this is just a statement intended to calm the situation and appease the international community for now. The people of Afghanistan know better: The intention is to kill ethnic and religious minorities, journalists, human rights defenders, teachers. And while they kill and enslave, they will terrorise, instil fear and eliminate hope. And the most dangerous hope of all is the hope of Afghan women: to live in a country of peace, free from male violence, conservative religious dictatorship, and patriarchal corruption - a country Afghan women and girls need not flee and become refugees.

Now this hope is being destroyed in front of their eyes.