SUMMARY [EN & ES] OF CEDAW GENERAL RECOMMENDATION N38: TRAFFICKING IN WOMEN AND GIRLS IN THE CONTEXT OF GLOBAL MIGRATION

In November 2020 the CEDAW Committee published a groundbreaking General Recommendation N38 titled "Trafficking in Women and Girls in the Context of Global Migration":

"Article 6 of the Convention on the Elimination of All Forms of Discrimination against Women sets out the legal obligation of States parties to take all appropriate measures, including legislation, to suppress all forms of trafficking in women and exploitation of prostitution of women. Despite the plethora of existing legal and policy frameworks to combat trafficking at the national, regional and international levels, women and girls continue to comprise the majority of detected victims of trafficking across the world, and perpetrators enjoy widespread impunity. (GR 38, Introduction)

The feminist community highly appreciates this important document that clarified the legal obligations of state parties to prevent and combat trafficking in women and girls, in particular for the purpose of sexual exploitation and exploitation in prostitution. The General Recommendation acts as a guidance for states in implementing the Article 6 of the CEDAW Convention.

In this context we share the selections of General Recommendation N38 related to prostitution and sexual exploitation, with comments and illustrations, prepared with the support, promotion and experience of survivors in Colombia, especially the Corporacion Anne Frank. 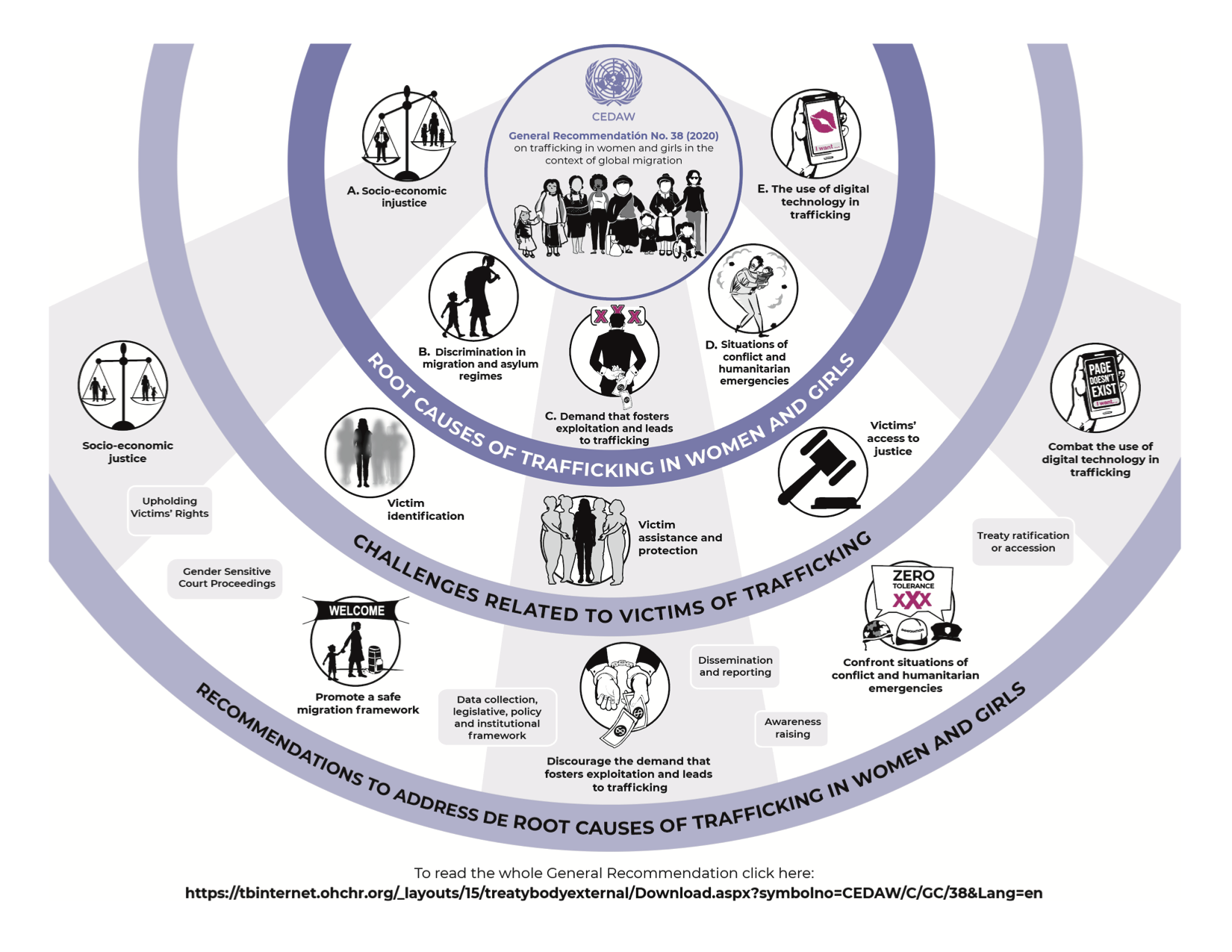 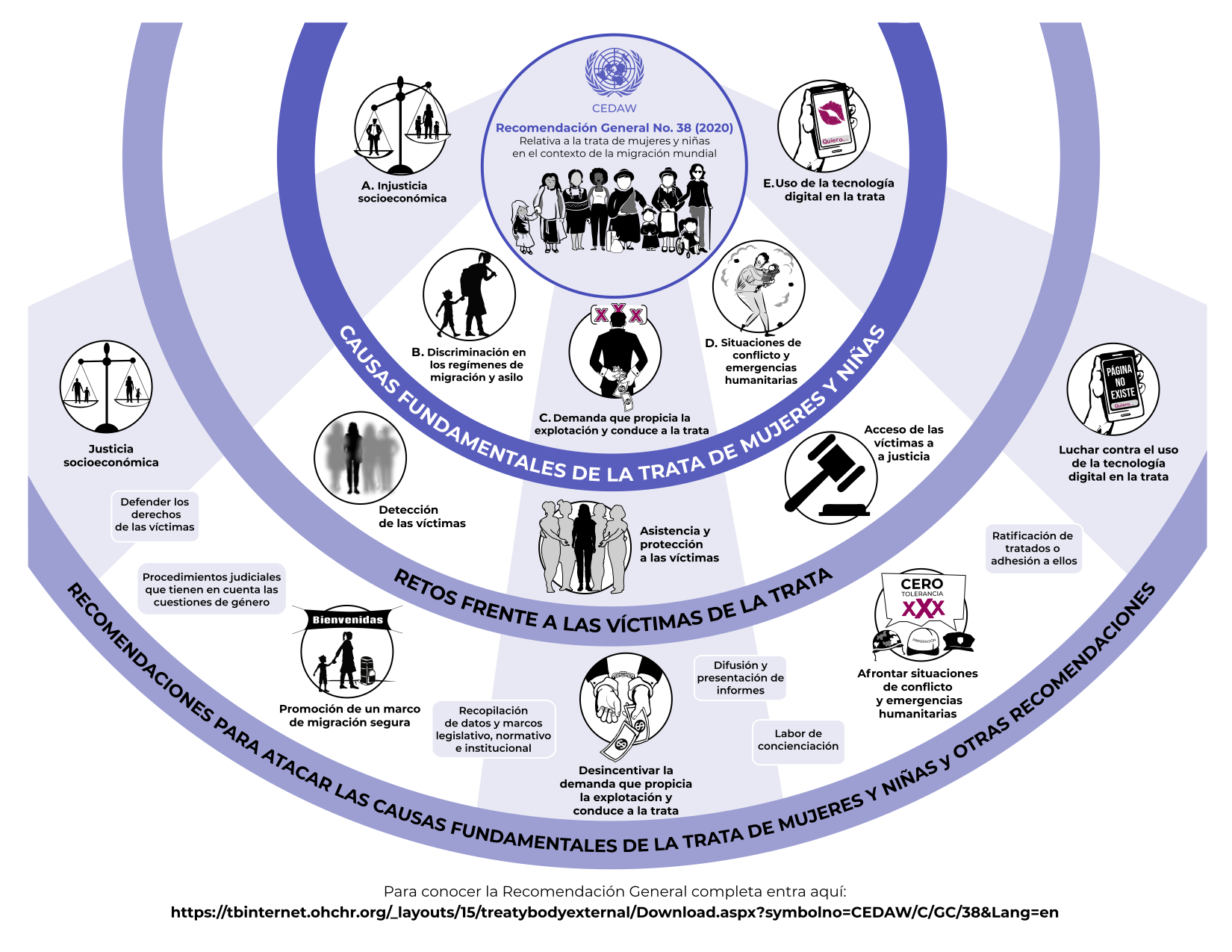