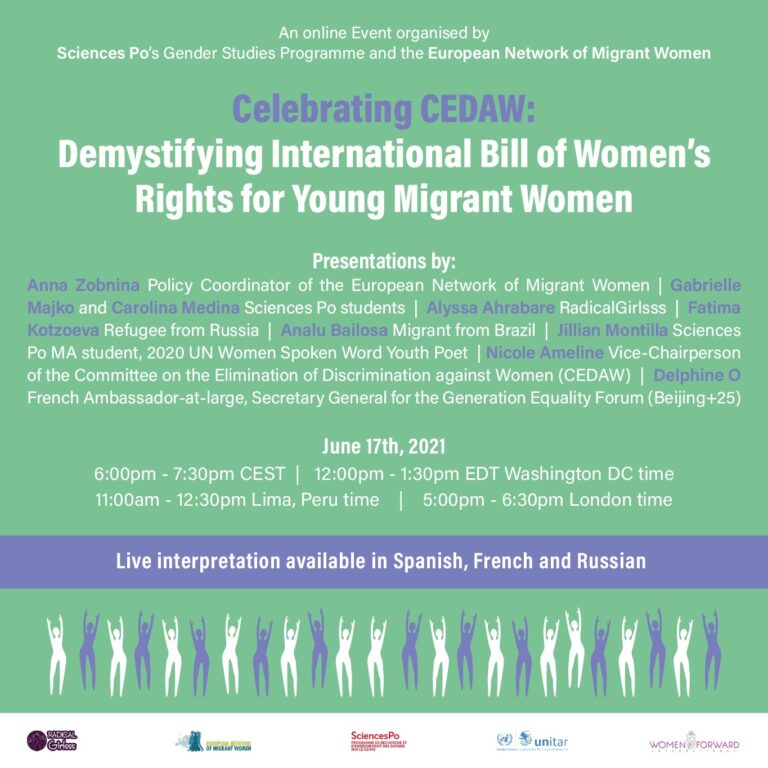 Did you know that the Convention on the Elimination of Discrimination Against Women (CEDAW), celebrating its 40th anniversary since coming into force this year, is one of the nine Core Treaties on Human Rights, and it is the only International Bill for the Human Rights of Women and Girls? Through its 30 articles, CEDAW aims to be an international legal tool against all forms of discriminations faced by women; it defines said forms of discrimination, proposes measures to eliminate them and holds states accountable to implement such measures and to promote ‘de facto’ or substantive equality for women.

Over the past months we have been, together with the RadicalGirlsss, PRESAGE and Women Forward International developing a toolkit intended to demystify the CEDAW for one of the most disadvantaged groups - young migrant and refugee women and girls. With it, we aim to guide practitioners and grassroots associations working with young migrant women in adopting a more women and girls focused approach to their decision-making and programme design.

In the framework of World Refugee Day (20th June) we are very happy to invite you to the Toolkit Launch of Young Migrant Women's Political Participation! We will be presenting the developed toolkit alongside young migrant and refugee women who took part in the pilot workshops imparted by RadicalGirlsss & we will also have a special Poem Recital as well as a Q&A at the end.

We are also very pleased to count with the presence and participation of Delphine O, Secretary General for the Generation Equality Forum (Beijing+25) and Nicole Ameline, Vice-Chairperson of CEDAW! Live interpretation: French, Spanish and Russian 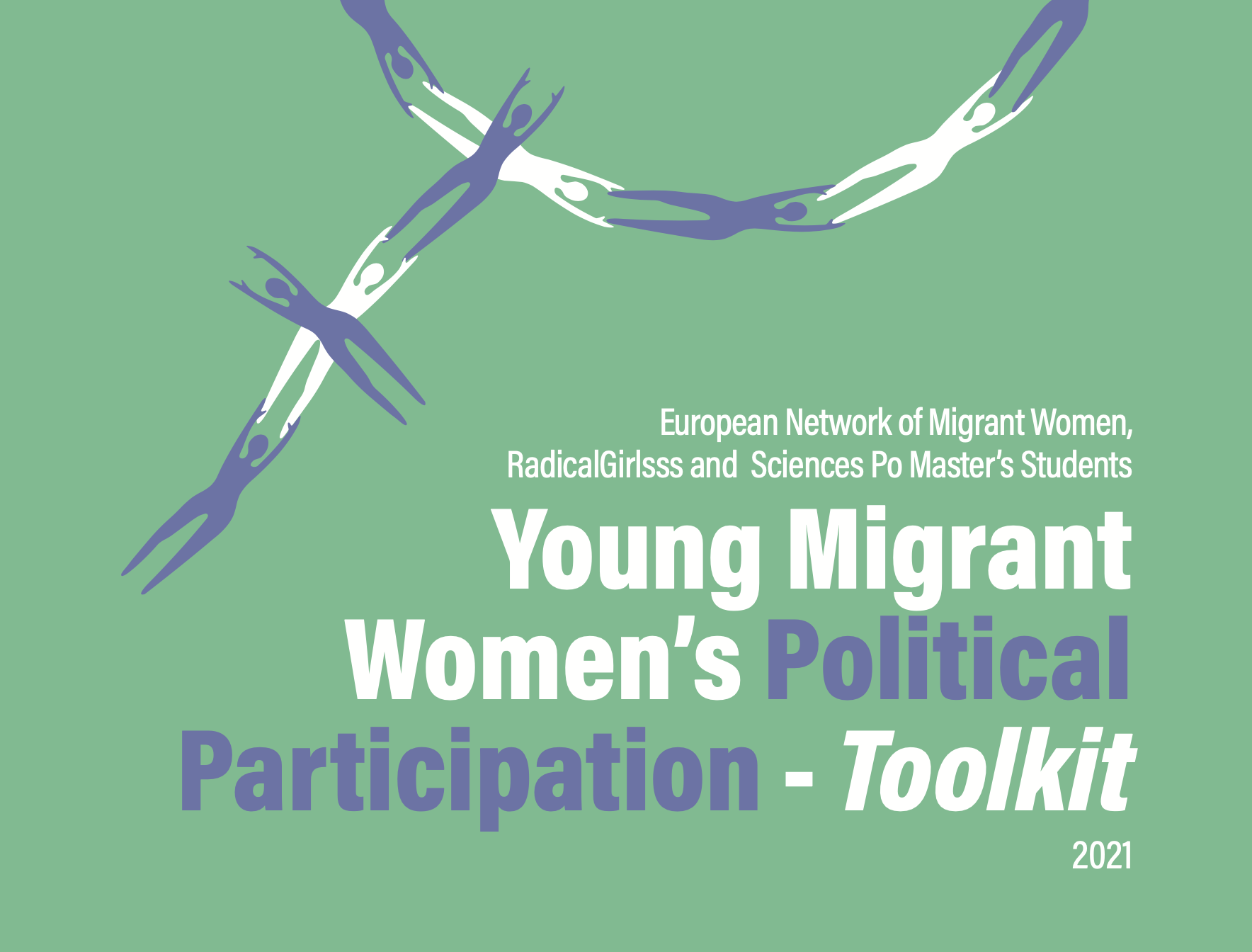 Based on the voices of young migrant women, the research of various stakeholders and the experience of seasoned feminist advocates, this toolkit was made for practitioners in the field of migration who are motivated to locate and promote the voices of young migrant women within their own organisation and to promote a more women and girls centred and intersectional approach. 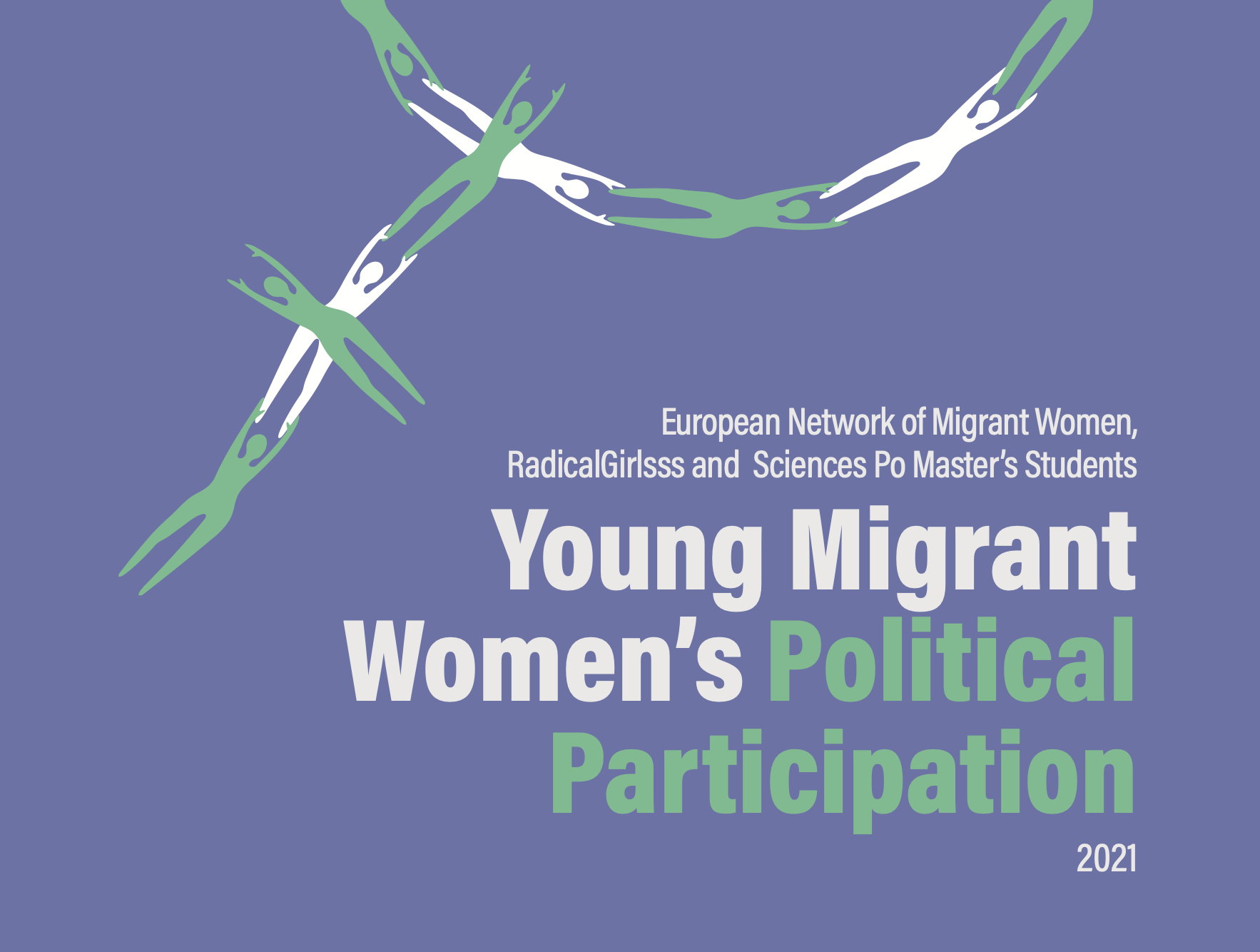 The centering of comprehensive gender mainstreaming strategies is critical in ensuring the political participation of migrant and refugee women and girls. It is essential in guaranteeing the full enjoyment of their human rights and achieving democracies that are representative. The report identifies the factors that hinder migrant and refugee women’s participation in international decision-making processes and provides recommendations inspired by practices which have shown to be meaningful and promising.
Download Report