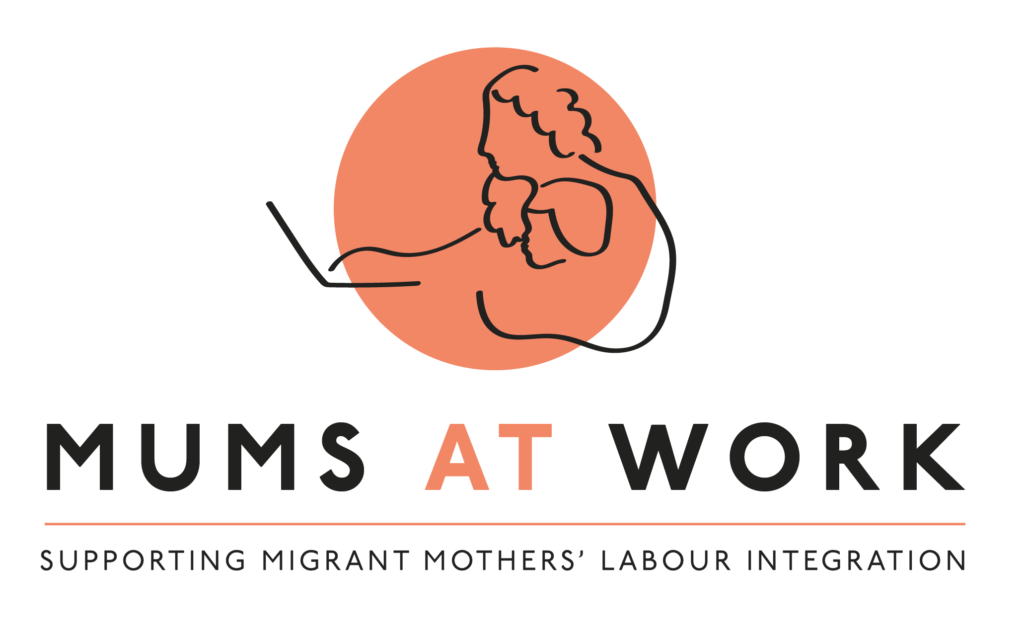 START OF A NEW PROJECT MUMS AT WORK !

We are very pleased to start the partnership in a new exciting project Mums at Work that aims to increase employability, sustainable income and social integration of migrant mothers, aged 25-40 y.o., in Europe !

The project will provide structured support in the form of personal and group counselling, job orientation and job placement, and civic right training, to a group of minimum of 90 migrant mothers in France, Germany, Cyprus, Italy, Spain and the Netherlands.

The project also aims to raise awareness of the key stakeholders (businesses, public sector, local communities, general public) on the importance, and mutual benefits, of supporting social, economic and labour integration of migrant mothers in Europe.

Additionally, the project aims to create a replicable model for such integration that can be used and integrated at policy-level, by relevant decision-making bodies, including at the EU and national level.

During the project two European conferences will be held in the Hague and Brussels, and will be accompanied by a campaign on the rights of migrant mothers. Mums at Work is funded by the European Union’s Asylum, Migration and Integration Fund and coordinated by Pro Arbeit (Germany), in partnership with Vital Aid Foundation (the Netherlands), Solution: Solidarité & Inclusion (France), C.I.D.I.S. Onlus (Italy), Asociación Bienestar (Spain), Synthesis Centre (Cyprus) and the European Network of Migrant Women (Belgium/EU).

LEARN MORE ABOUT THE PROJECT