Por ti Mujer Association, a member organisation of the European Network of Migrant Women, held an event “Commodification of Migrant Women’s Bodies”, in the framework of the XVI Conference against gender-based violence «Si l’ajudes, pot» organised by the Department of Women and Equality of the City of Valencia. The event was opened by Lucy Polo, the president of the Association and a Colombian refugee. Juliana Jiménez Ledesma, a member of Radical Girlsss of ENOMW, presented the “Brussels’ Call: the fight against sexual exploitation at European and international level” and the Nordic/Equality Model, also known as the abolitionist model. She also presented ENOMW’s poster-campaign “Rise Up Against Oppression” aimed at raising awareness on the intersections between sexual exploitation of women and other forms of structural oppression.  Another presenter, a Nigerian native Vivian Ntih, spoke about her experience as an African woman trafficked into prostitution, in her talk “Trafficking and prostitution: the value of the African black woman”. Stefanía Hincapié of Por Ti Mujer closed the event with the reading of the Manifesto against the Objectification of Women’s Bodies.

Learn more about the event and other activities of Por Ti Mujer : https://asociacionportimujer.org 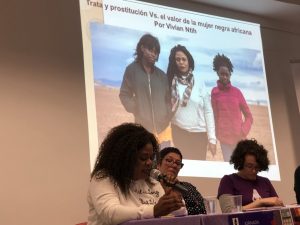 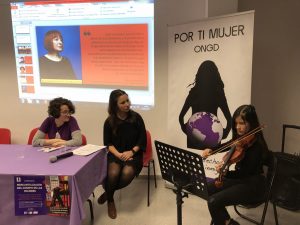 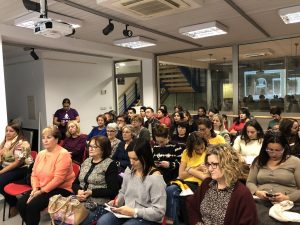 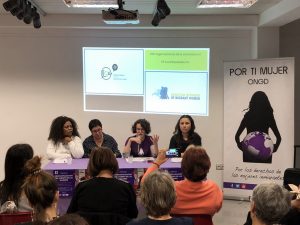