#GIRLSVOICES: MEETING NEEDS OF MIGRANT GIRLS ON THE MOVE

Girls face some of the strongest challenges when making the journey for asylum and a new life, yet as a group, girls’ needs often remains a significant gap in law, policy, funding and service provision. Subsumed under the terms ‘children’ and ‘women and girls’, data specific to the experiences of girls through migration and resettlement is often lacking, which leads to challenges in securing specialised resources. 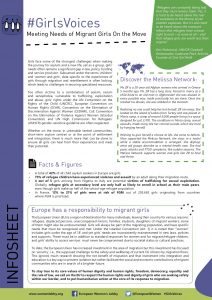 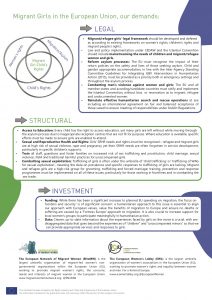