NOT FLOWERS BUT HOPE 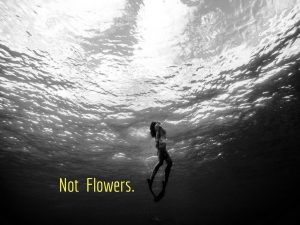 March 8, 1908 at the call of the New York Social Democratic Women’s Organization, the first rally for the equality of women was held in America. On this day, more than 15,000 women marched through the city of New York. It was indeed a revolution in the minds of women and the expression of disagreement with the old patriarchal order.

In the course of history, the Soviet propaganda, to our surprise, decided to change the spirit of this movement. Heroic and victorious, and certainly tragic, revolution in the history women’s fight for their rights – it was replaced with the gifts of flowers and women’s perfume.

Today I want to be silent and pay tribute to the women heroines of all time. Let women forgive me, whom I will not name; I will recall some of them.

Alexandra Mikhailovna Kollontai is a Russian revolutionary of the first wave, a diplomat who supported and assured her comrades-in-arms, women who decided to take the path of revolution: “Do not think that a woman clings so tightly to her spoons, pots and pots in the kitchen.”

Maria Sklodowska-Curie is a French and Polish scientist-experimenter (physicist, chemist), teacher, public figure. The first woman awarded twice in the history of science, the Nobel Prize: in physics and in chemistry. She founded the Curie Institutes in Paris and Warsaw.

In that row I want to include a Chechen woman, a commander of a Chechen detachment of murids (followers, disciples) – Taymasha Gekhinskaya. For ten years, along with men, she fought against the tsarist troops. There is a legend that when the Emperor Nicholas I asked her: “If I let you go free, will you stop the war?”. Taimaskha looking straight into his eyes, answered: “You are leading the war. You started it. If you stop the war, then I will stop resistance”. It is said that Nikolai was stunned by the mind and beauty of the Chechen girl – the commander.

Let’s remember women who at all times fought on equal terms with men.

Let us recall the victims of all wars, especially the victims of the genocide in concentration camps, women the heroines during deportation to Kazakhstan.

Women who are now dying in Syria, who are subjected to violence, the women who are being sold today for the sake of “the pleasure of men.”

Women who are victims of all wars.

Women who work on a par with men, give birth to children and come home from work to the stove.

Women who today take to the streets, protest and support each other.