COUNSELLING FOR REFUGEE WOMEN VICTIMS OF GENDER BASED VIOLENCE

In line with the European Commission’s year focused on actions to combat violence against women, the project “Co-creating a Counselling Method for refugee women Gender-Based Violence victims” (CCM-GBV) (01/11/2017 – 31/10/2019) has received a project grant under the European Union’s Rights, Equality and Citizenship Programme (2014-2020).

Gender-based violence (GBV) is a violation of human rights, largely affecting women. GBV against refugee women has particularly received heightened attention since the EU’s migration crisis. Even though the CEDAW, Istanbul Convention and the EU’s Reception Directive (2013/33/EU) stress that women are a particularly vulnerable group, the European Union Agency for Fundamental Rights (FRA) highlighted GBV against refugee women – including forced marriage, domestic violence, rape, sexual harassment and physical assault – as an area of concern in its June 2016 report on the migration situation. Information on the extent of the GBV problem amongst refugee women within the EU is however lacking. Furthermore, the Council of Europe (2015) stresses that women with an insecure residence status often face the problem of having limited or no access to services making them aware of such rights. This situation leads to significant barriers in accessing certain types of interventions such as turning to the police, and may increase the period of time that women are exposed to abuse. Thus, it is very important for refugee women to receive adequate help from specialised support services in line with the REC-VAW-AG-2016 Call’s purpose that this project establishes through the co-creation of a counselling method. In this project, co-creation (=creating a service based on user experience) is used to create a specific counselling method, involving both end-users – meaning refugee women GBV victims –  and service providers, the counsellors.

At the end of the project, a handbook is issued, entailing challenges from consulting practice for refugee women GBV victims and summarising recommendations for practitioners. Also, a training manual on dealing with GBV issues in the refugee context will be published. Moreover, a project facebook page is available on which project developments, publications, events, etc. on the project are published. 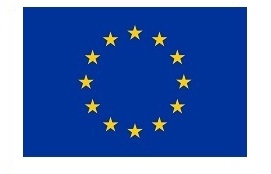 This project is funded by the European Union’s Rights, Equality and Citizenship Programme (2014-2020).