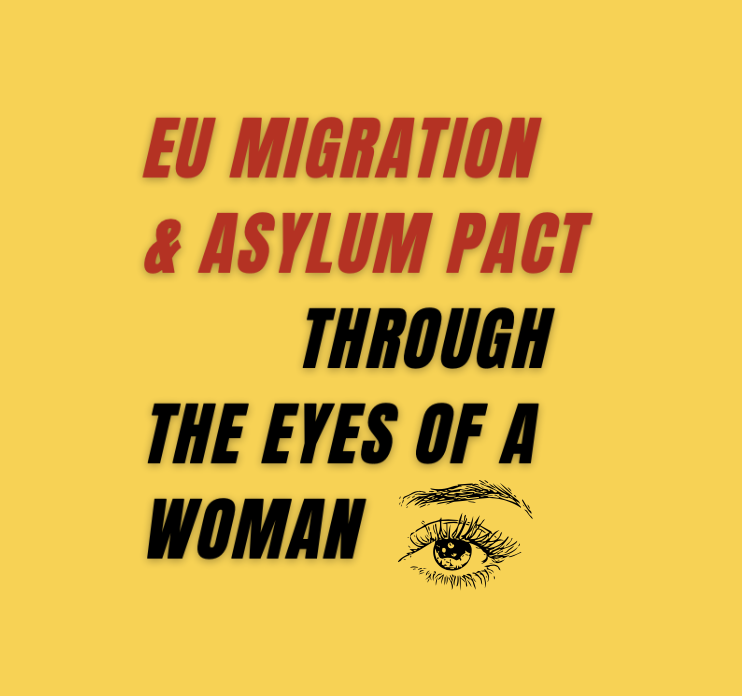 EU Migration and Asylum Pact through the Eyes of a Woman

EU Migration and Asylum Pact through the Eyes of a Woman

On the occasion of the International Day of Migrants, European Network of Migrant Women shares our response to the EU Migration and Asylum Pact.

On 24 September 2020 European Commission released its new Pact on Migration and Asylum. Announced to be a “fresh start” to “build a system that manages and normalises migration for the long term” this document is composed of multiple pillars, objectives, roadmaps and Annexes, and, without a doubt, required a considerable effort on behalf of the European Commission.

As a migrant women led platform whose rights and interests the proposed Pact concerns directly, we appreciate the Commission’s attempt to create a framework that must be feasible for the implementation by the Member States and the Union as a whole. However, similar to many migrant and refugee organisations in Europe, we are concerned that the proposed Pact will not meet its stated objectives, some of which are deeply problematic in themselves.

Many European partners and allies have already responded to the Pact based on their areas of expertise. Therefore, the purpose of this short document is not to replicate other responses but to point out problematic aspects of the Pact from a women’s rights perspective, or, in other words, through the eyes of migrant women and girls.