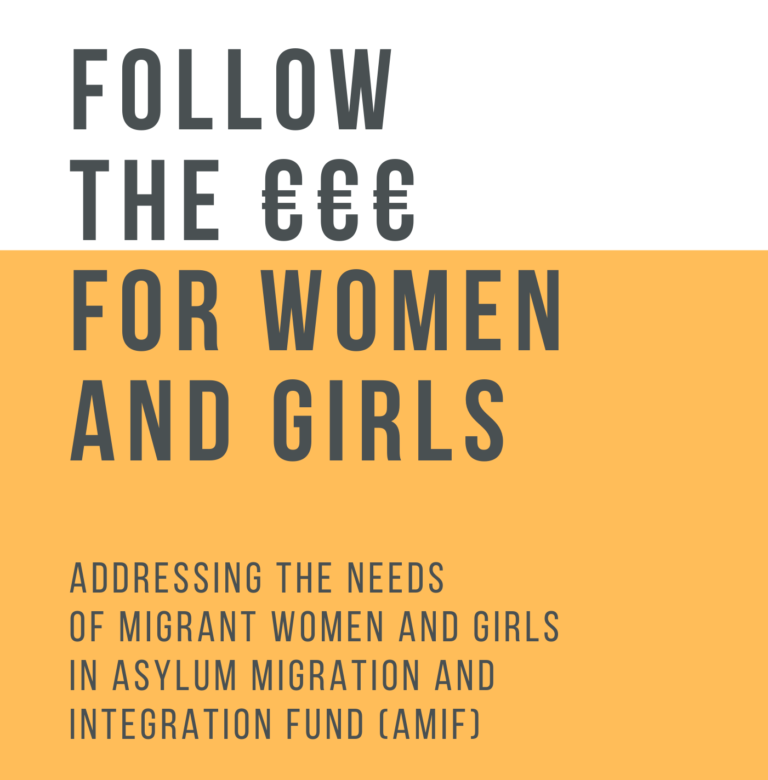 European Network of Migrant Women is happy to share the results of the study that provides an overview, an analysis and an evaluation of the use of Asylum Migration and Integration Fund for transnational activities, based on publicly available information. The goal of the study is to analyse how this fund functions to respond to the needs of migrant/refugee women and girls and facilitate their integration. We also offer recommendations for the European Commission on how to improve the situation of migrant women and girls through the and ensure the implementation of gender mainstreaming and positive actions in projects.

Each CfP was analysed elaborately with specific attention to their priorities, total budget, eligibility criteria and supported activities. In addition to these, all CfPs were evaluated by considering their perspective on specific situations of migrant/refugee women and girls and whether grassroots level organisations were encouraged to apply.

Based on calls published between 2015 and 2018, 94 transnational projects were awarded. The list of these awarded projects was reached on European Commission website. Each project website was examined elaborately by considering project descriptions and outputs. Some projects did not have a specific website, in such cases, news and updates on project partners’ websites were evaluated.

The review of awarded projects initially looked at their main priorities, target groups, main activities and analysis of their partnership. Following the preliminary analysis, we examined the existence of positive actions for women and girls, (grass-root level) migrant women organisations in the partnership and the implementation of gender mainstreaming in the projects.